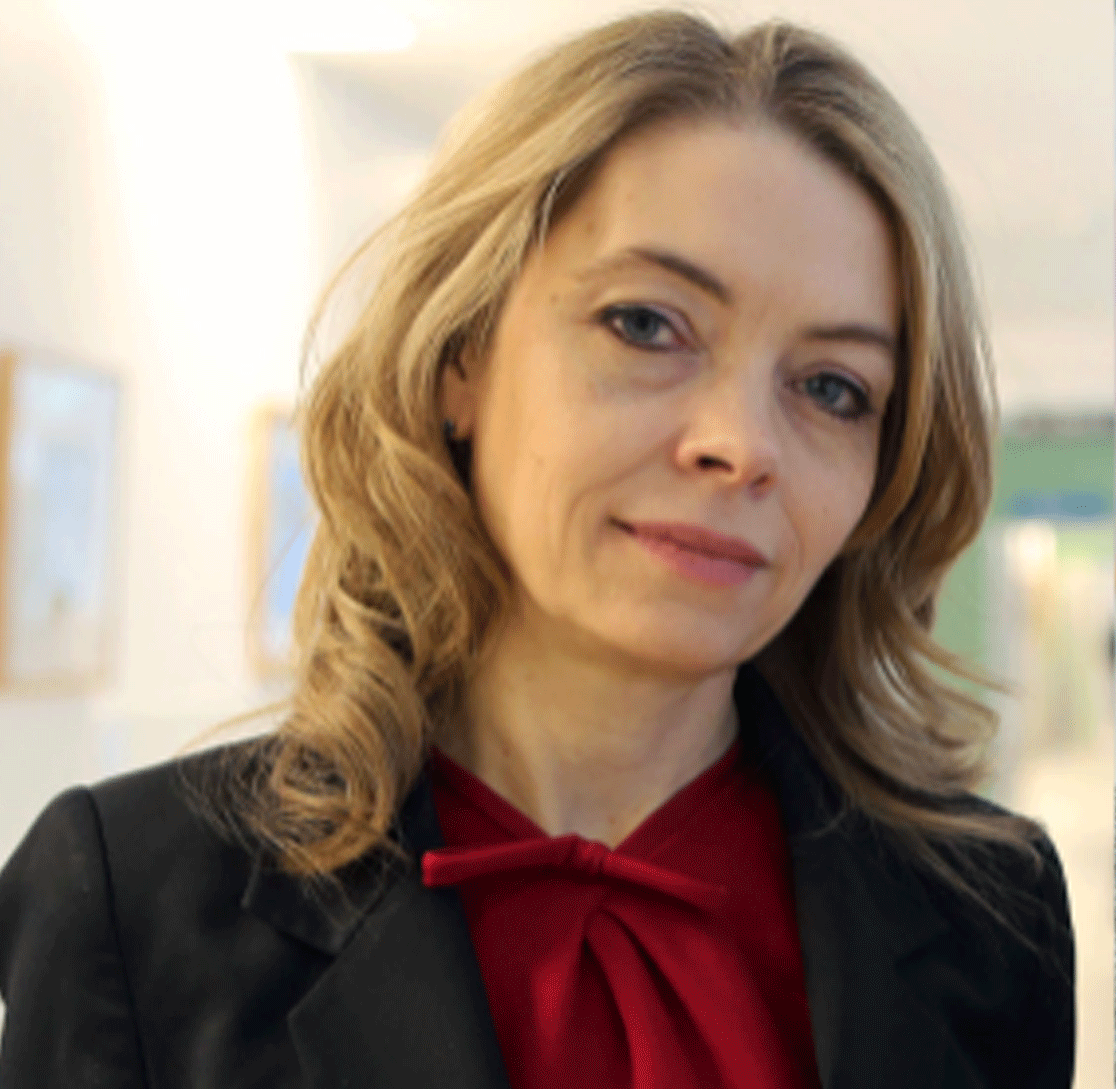 Professor Batterham is a Professor of Obesity, Diabetes and Endocrinology at UCL, London, UK. She leads the University College London Hospital (UCLH) Bariatric Centre for Weight Management & Metabolic Surgery and the UCL Centre for Obesity Research, within the Department of Medicine. Professor Batterham is also the Director for the UCLH/UCL NIHR Biomedical Research Centre Obesity Research Theme, and the Royal College of Physicians’ Special Advisor on Obesity.

Professor Batterham has received several national and international awards for her work in obesity, including the Royal Society of Medicine’s Steven’s Lecture (2018), the Andre Mayer award from the World Obesity Federation (2016), and the Diabetes UK Rank Fund Nutrition Prize (2015). She has made significant clinical contributions to defining the management of people with obesity through her membership of the National Institute for Health and Care Excellence (NICE) Obesity Guideline Development Group.

Professor Batterham is Scientific Chair for the International Federation for Surgery for Obesity and Metabolic Diseases (IFSO) European Chapter, a Trustee for the Association for the Study of Obesity, and Council Member for British Obesity and Metabolic Surgery Society. She is passionate about reducing the stigma that people with obesity experience and ensuring that the patient voice is heard. Because of this, she has established a charity for people affected by obesity – the Obesity Empowerment Network UK.


Professor Vilsbøll has been involved in diabetes research since 1997, and in 2004 she established the Center for Diabetes Research at Gentofte Hospital, University of Copenhagen, Denmark (now part of Steno). Her research is focused on the pathophysiology of obesity, prediabetes, type 2 diabetes, regulation of appetite and food intake, and the utilisation of incretins as therapeutics. Integration of the gut in the understanding of human glucose metabolism has become a major focus in her lab over recent years.

Professor Vilsbøll is an experienced teacher and supervises several PhD and medical students conducting diabetes research. She has around 350 scientific publications and several published books and book chapters. She is a frequently invited speaker at international meetings. In addition to her teaching and research posts, Professor Vilsbøll is a member of numerous professional societies and committees, and referees for several international journals. 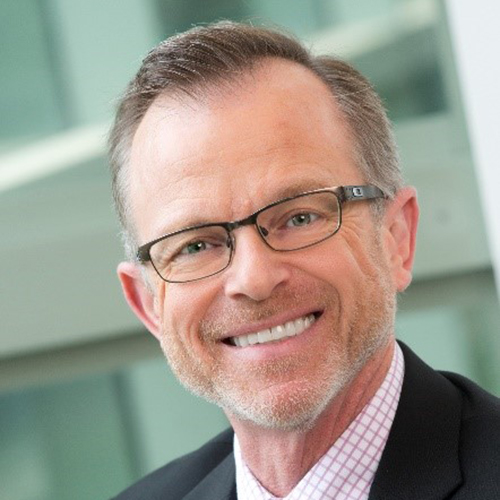 
Dr Frias is a Medical Director and Principal Investigator of the National Research Institute in Los Angeles, CA. He obtained his medical degree from Vanderbilt University School of Medicine and completed his Fellowship in Endocrinology, Diabetes and Metabolism at the University of California, San Diego.

Dr Frias has held academic positions at the University of Colorado Health Sciences Center, Barbara Davis Center for Diabetes, and the University of California San Diego School of Medicine. He has been involved in diabetes and metabolism-related research for over 25 years and has authored numerous publications in this field.


Dr Aroda is the Director of Diabetes Clinical Research at the Brigham and Women's Hospital in Boston, MA, and is a member of the Faculty of Harvard Medical School. She completed her training in Internal Medicine and in Endocrinology, Diabetes and Metabolism at the University of California San Diego, CA, USA.

Dr Aroda has an interest and published record in diabetes prevention and novel therapeutics in diabetes and weight management. She also has a strong interest in understanding therapeutic interventions in large multicenter clinical trials and their applicability and integration into care. Dr Aroda has years of experience in clinical trial conduct and leadership, has served as an investigator on the National Institutes of Health-funded GRADE, D2d, and DPPOS studies, and as the national or international signatory Principal Investigator for multiple therapeutic clinical trials. 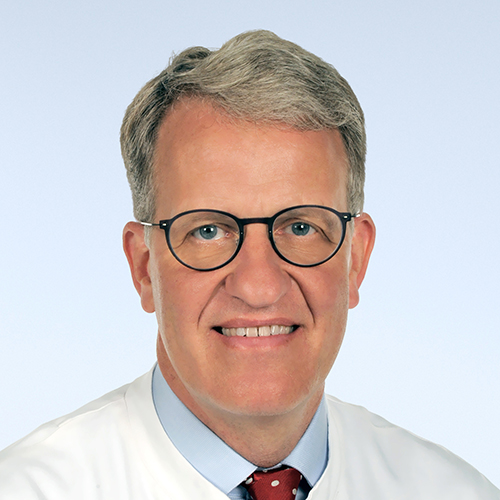 
Professor Marx is a Professor of Medicine and Cardiology and Head of the Department of Internal Medicine I, University Hospital Aachen, Germany. He received his medical training at the Universities of Mainz, Genf (Switzerland) and Düsseldorf, before obtaining his MD in 1994.

After a successful post-doctoral fellowship at Brigham and Women's Hospital, Harvard Medical School, Professor Marx later became a board-certified internist, then cardiologist, before specialising in intensive care medicine in internal medicine at the University of Ulm, Baden-Württemberg, Germany.

Professor Marx is a member of several organisations within the field of cardiology and diabetes, including the European Society of Cardiology, American Heart Association (AHA), German Diabetes Association and the European Association for the Study of Diabetes. In addition to reviewing submitted manuscript to numerous journals, including Circulation, Diabetologia, Diabetes, Diabetes Care, the Journal of Immunology and The Lancet, he is currently the Associate Editor for Diabetes and Vascular Disease Research. Professor Marx has served as President of the German Atherosclerosis Society (DGAF) from 2012 to 2015. He has also been a board member of the German Society of Cardiology (DGK) from 2017 to 2019.

Professor Davies’ research interests include the causes, screening, prevention, self-management and treatment of type 2 diabetes mellitus (T2DM). She is a National Institute for Health Research Senior Investigator Emeritus and a Director of the NIHR Leicester Biomedical Research Centre. Professor Davies is the Principal Investigator on a number of large global studies in the field of diabetes, obesity, physical activity, sedentary behaviour and cardiovascular disease, and has served as an expert for the National Institute for Health and Care Excellence (NICE) on a number of guideline groups. Professor Davies was co-chair of EASD/ADA’s Consensus Report on T2DM Management.

Professor Davies has published over 600 original articles in national and international peer-reviewed journals, such as the Lancet, NEJM and the BMJ and has over £60M of peer review grant funding. She was awarded the CBE (Commander of the Most Excellent Order of the British Empire) in the 2016 New Year’s Honour’s List for services to diabetes research and awarded Fellowship of the Academy of Medical Sciences in 2018.


Professor John Wilding leads clinical research into Obesity, Diabetes and Endocrinology at the University of Liverpool, where he has worked since 1996, after training in Southampton and London. His clinical interests focus on caring for people with diabetes and obesity and he leads specialist services for obesity at Aintree University Hospital, which has been designated a Centre for Obesity Management by the European Association for the Study of Obesity.

Professor Wilding’s research team focusses on developing and evaluating treatments for obesity and diabetes. He has published over 350 papers and chapters and review articles, including clinical trials in diabetes and obesity and studies of adipocyte biology and metabolism.

Professor Wilding chairs the National Clinical Research Network Metabolic and Endocrine Speciality Group. He is Past-Chair of the UK Association for the Study of Obesity, a member of the Royal College of Physicians Advisory Group on Nutrition, Weight and Health, and President of the World Obesity Federation. 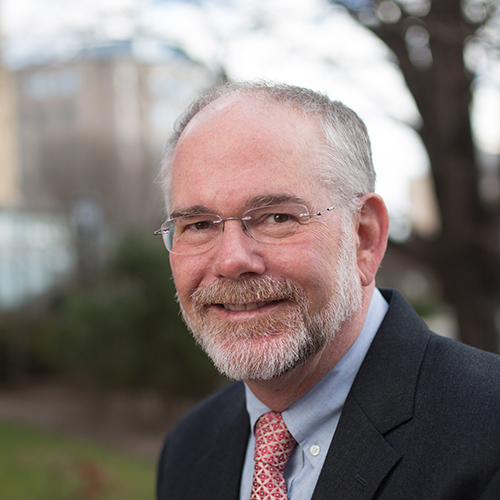 
John Buse is the Verne S. Caviness Distinguished Professor, Chief of the Division of Endocrinology, Director of the Diabetes Center, and Senior Associate Dean for Clinical Research at the University of North Carolina School of Medicine in Chapel Hill, North Carolina, USA. He also serves as Director of the NC Translational and Clinical Sciences Institute working through a US National Institutes of Health-based consortium to accelerate the conversion of ideas and discoveries to products and policies for the improvement of health and well-being.

Dr Buse’s efforts combine clinical care, research, administration and teaching. He works with teams of investigators in diabetes clinical trials, comparative effectiveness research and translation of basic science towards clinical application. He has received numerous awards and honours, as well as international recognition for innovative patient-centred care. In addition, he has authored more than 400 journal publications and is a former President for Medicine & Science of the American Diabetes Association.