Are you a healthcare professional?
EASD
Hybrid
2022

Congress:
Speakers:
Introduction
Living with NASH: a marathon, not a sprint
If you want to go far, go together: a comparison between individual and multi-disciplinary management
Crossing the finishing line: successful transition to effective NASH management
Summary and conclusion 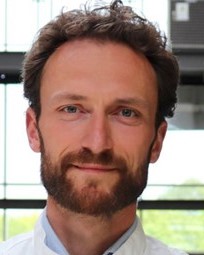 
Dr. Onno Holleboom is an internist registered in Vascular Medicine and Endocrinology, faculty member of the Department of Vascular Medicine and Principal Investigator at Amsterdam UMC. He initiated a multidisciplinary outpatient clinic for NAFLD together with hepatology and including clinical trials. Within the NAFLD-NL consortium and supported by the MLDS foundation, he aims to develop care paths for NAFLD together with LUMC and Radboud MC. Together with Prof. Max Nieuwdorp, he runs a research group with six PhD candidates focussing on genetic and gut microbial drivers of NAFLD in three cohort studies, as well as more fundamental work on lipid droplet and inflammatory pathways. He has published 60 peer-reviewed articles, including in Circulation and Cell Metabolism and received various prestigious grants, a.o. from The Netherlands Organization for Scientific Research and the Amsterdam UMC Fellowship. 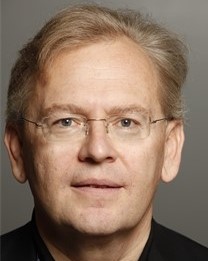 
Professor Dr. Michael Roden is Chair and Full Professor of Internal Medicine, Endocrinology and Metabolic Diseases at Heinrich-Heine University, Director of the Division of Endocrinology and Diabetology at University Clinics Düsseldorf and Chief Scientific Executive Officer of the German Diabetes Center (DDZ) since 2008. Since 2017, he is the Speaker of the Committee Medicine of the Scientific Commission of the German Council of Science and Humanities, which advises the President and the Federal Government of Germany (Wissenschaftsrat). He is further on the Board of Speakers of the German Centers for Diabetes Research (DZD e.V.). Previously, he served as the Head of the 1. Medical Department of the Teaching Hospital of Medical University of Vienna, Hanusch Hospital, Associate Professor at Medical University of Vienna and General Hospital of Vienna, Austria. Before he was Max-Kade Fellow at Yale University, New Haven, CT. Furthermore, Professor Roden was the President of the Central European Diabetes Association and Austrian Diabetes Association and Honorary Treasurer and Executive Committee member of EASD. Professor Roden contributed paradigm-shifting concepts to insulin resistance, energy metabolism in diabetes and non-alcoholic fatty liver disease, using multinuclear magnetic resonance spectroscopy. These activities resulted in more than 500 peer-reviewed papers in journals such as New England Journal of Medicine, Nature, Nature Genetics, Lancet D&E, Cell Metabolism and Journal of Clinical Investigation, which have been cited in total more than 10 0000 times and gave him a Hirsch factor of 65. He currently serves on editorial boards of e.g. Molecular Metabolism and American Journal of Physiology. He also received several awards, including the International Novartis award (2004), the ESCI award by the European Society for Clinical Investigation (2006), the Oskar-Minkowski Prize by EASD (2006) and the Somogyi award by the Hungarian Diabetes Association (2014) awards and most recently the most prestigious award by the German Diabetes Society, the Paul-Langerhans medal (2017). Last but not least, he was awarded honorary doctorates by the Medical School of the National & Kapodistrian University of Athens in 2016 and by the Medical Faculty of the University of Belgrade. Professor Roden´s research is supported by grants from the German Federal Ministry of Health and Ministry of Culture and Science of the state North Rhine-Westphalia to DDZ, the German Federal Ministry of Education and Research (BMBF) to DZD e.V., the European Fonds for Regional Development (EFRE-0400191), the EUREKA Eurostars-2 (E! 113230 DIA-PEP) and the German Science Foundation (DFG; CRC/SFB 1116/2 B12).